A veritable scourge of crops just a few decades ago, the white worm is now doing less damage… but is still a pest that can damage gardens and give gardeners a hard time! Tips and tricks to recognize it and get rid of it.

We present you in this article 2 plants that deter cutworms: the pyrethrum of Dalmatia and the Sage.

How do you know if you have cutworms?

The cutworm sometimes causes big damages by cutting the collar of the young plants. We then see them sagging for no apparent reason. Leaves and stems are also attacked.

A multitude of vegetables are affected: lettuce, cabbage, spinach, potatoes.

If you dig a little around the affected individuals you will surely find a large gray caterpillar that curls up on itself. It only comes out at night to commit its misdeeds and spends the day underground.

The pyrethrum of Dalmatia

The pyrethrum of Dalmatia is a plant with perennial flowers of the family of the Asters (compound). It is also called the insecticidal chrysanthemum or the cinerary leaf tansy. Its flower is close to that of the daisies to which it resembles. The plant is cultivated for its flowers that contain a natural insecticide: pyrethrin. This substance acts on the nervous system of insects.

In our gardens, the pyrethrum of Dalmatia has repellent properties for many insects. It keeps away cutworms, but also aphids, mites, whiteflies, carrot and cabbage flies and red spiders.

From plant pyrethrum, the chemical industry has created a synthetic molecule that is much more efficient but also more toxic (especially for fish).

The officinal sage is delicious in our culinary preparations, but planted in the garden, it is also a good insecticide. Indeed, cutworms like other insects in general do not appreciate it unlike gourmets. Others way to protect my plants from cutworms?

The principle applies to most parasites and diseases, but it is particularly true in the case of the moth: prevention is better than cure. Indeed, once the caterpillars are installed in the soil, it is very difficult to get rid of them. Some preventive gestures :

If the attacks are recurrent, you can place protections around each plant. Use for that purpose tins of which you will cut the bottom. It also works with glasses or plastic bottles.

As soon as you plant them, push them 2 inches into the ground with the plant in the center. The protection must also protrude at least 2 inches above the ground.

3/4 weeks later remove them so as not to hinder the growth of the plants.

You can find commercially available crops of small nematodes to spread over your land area to be treated or protected. These microscopic nematodes are cutworm parasites that they eliminate in the soil without danger to other insects or animals.

Establish physical barriers around the seedlings with cut-out PVC bottles or cans from which you remove the bottoms:

To prevent females from laying eggs, it may be wise to use herbal repellents. Water the soil regularly with tomato, tansy or wormwood manure.

Hens and other predators

Many animals feed on these fat caterpillars. Moles, blackbirds and ground beetles are among them. Chickens will get rid of caterpillars very efficiently in winter.

Cutworms are caterpillars of moths, more precisely moths. Cutworms are rarely seen because they live underground and only come out at night. On the other hand, their ravages can be seen on young plants that are cut at their base.

There are many ways to get rid of this caterpillar. The pyrethrum of Dalmatia and Sage are the 2 main repellent plants against cutworms. It is also possible to use alternative methods such as tomato manure, tansy manure or wormwood manure. The best fight against thrips is prevention, because it is difficult to get rid of them. To do…
0 Shares
0
0 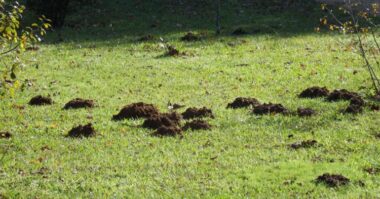 The cucumber beetle feeds on the nectar of cucumber, squash and melon flowers. The larvae suck the sap…
0 Shares
0
0 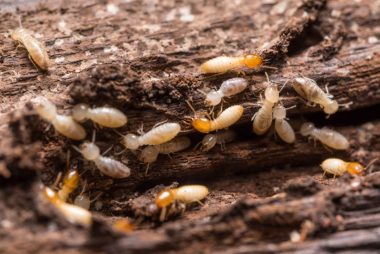 If you want to keep the termites away, you should plant an especially fragrant variety of marigolds. French…
0 Shares
0
0
Back to top